Secrets in the shed

At the end of quiet street in the London suburb of Penge is an unremarkable terraced house. Unremarkable, that is, except for the shed at the end of the garden. The green paint has long fainted. The window boarded up. An old hoe leans against the door.

But that shed holds an amazing secret.

For it was in this shed that a near-sighted postman and hobbyist produced, directed and starred in Britain's first science fiction film of the 1920s. Without any formal training, Ernest Cuttle was driven by a passion for cinema, Airfix kits and the pulp books he read as a young chap such as Amazing Stories. The shed was also a place of safety away from Mrs Cuttle who suffered from mental problems.

Ernest was undaunted by the challenge of limited resources and modest weekly pay packet. An early pioneer of recycling, he made use of everything from Zeppelin bomb shell cases to Heinz baked beans cans and empty bottles of Thawpit - 'Gives fresh life to your clothes!'- stain remover. In just under seven months, Ernest and his neighbours had put together a forty-seven minute science-fiction film packed with special effects, a lunar landscape and aliens. Much of the action was filmed on location in the Crystal Palace park, a tram ride from the Cuttle house.

Crystal Palace vs. the Spaceships was released in 1923. Audience reaction throughout Penge, Anerley and Crystal Palace was very positive indeed. Many members of the audience knew Ernest personally and even had small parts in the film.

For many weeks after Crystal Palace vs. the Spaceships was shown, local people often visited the shed. Ernest gave impromptu tours and gaily revealed the secrets behind his spaceships, alien costume and the ray gun.

Ethel remarried six months later to Percy Cruncher from Lower Norwood. A much younger man who also had mental problems.

Posted by Jack Fielding at 10:53 No comments: 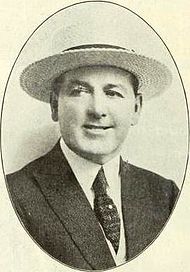 Like other early Thai films, the legendary Shadow of Siam has largely been forgotten. But one film that we do know something about is the controversial and mysterious Miss Suwanna of Siam, written and directed by Henry McRae.

Henry Rome claimed to have helped McRae with the script and gave him his infamous boater hat after losing a game of poker in a Bangkok opium den.

Sadly, the film itself has been lost.

Here’s a jolly good piece by Alchetron on this intriguing film and the amazing story behind it:

Miss Suwanna of Siam (Thai: Nang Sao Suwan), was a 1923 romance film set in Thailand (then Siam) and starring Thai actors. It was one of first feature films to be made in Thailand, and was the first Hollywood co-production in Thailand. 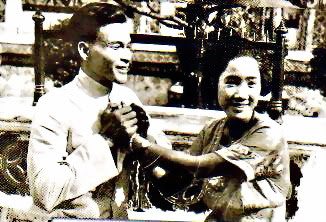 The film is a romance about a young woman named Suwanna who is the object of affection for many men. In her search for true love, she has many adventures and mishaps, including overcoming her father's disapproval, before finally finding her soulmate. It was one of first feature films to be made in Thailand, and was the first Hollywood co-production in Thailand.

Suwanna of Siam was an 8-reel silent film. It premiered on June 22, 1923 at the Nakhon Si Thammarat Theatre, and then opened the next day at the Phatthanakon Cinematograph, the Hong Kong Cinema Hall and the Victoria Theater.

Production started in 1922, but before he could begin filming, MacRae had to first ask permission of the Siamese Royal Court.

"I felt that His Majesty, King Rama VI, would be interested in moving pictures," McRae wrote in The Film Year Book (1924). "And after considerable maneuvering I finally secured an audience which resulted in securing the entire [Royal Entertainment] company's assistance together with the free use of the Kings 52 automobiles, His Majesty's 600 race horses, the free use of the navy, the Royal Palaces, the railways, the rice mills, thousands of miles of rice fields, coconut groves, klongs and elephants, and white elephants at that."

Ultimately, the Siamese government "allowed the making of this film in order to show the world the positive image of Siam at the time. Therefore, many incidents in the film featured the modern elements in Thai society such as travelling by express train or mail plane." 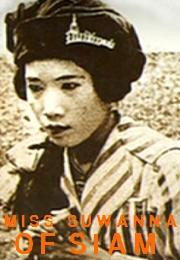 
When MacRae finished the film, gave a copy to the Royal State Railway, per his agreement with Prince Kumbaengbejr. The railway agency had a public relations division that oversaw film production as a means to promote tourism in the kingdom (which is much the same way the modern-day Tourism Authority of Thailand operates in its promotional activities regarding film productions and the Bangkok International Film Festival). MacRae also turned over a copy to King Vajiravudh. It was shown in Bangkok for three days but soon after it was lost.

Film historians have searched, but the negatives of the film have not been found anywhere, nor is there evidence the film was even shown in the United States upon MacRaes return. One reason it may have been lost is due to a controversial scene in the film, in which MacRae filmed an execution of a prisoner, which led to criticism in the local media.

"I would like to blame the local officer who did not save the honor of the country by forbidding them to do so. The execution will represent the barbarism of Siam," a columnist said in the newspaper, Sambhand Thai.

The movie was subject to censorship, and it is believed that the execution scenes were cut.

Posted by Jack Fielding at 13:39 No comments:

On a wet Monday afternoon in London Henry Rome completely failed to get financial backing for a comedy version of Fu Manchu. Instead a serious version was produced in the States again and eventually released in 1932, starring horror actor Boris Karloff and directed by Charles Brabin.

Originally Rome’s wife, British star Ethel White was a serious contender for the role as Fu Manchu’s evil daughter, Fah Lo See. But shortly before filming White was hospitalised after suffering a twisted sphincter muscle in her rectum during a cocktail party in Hove. The part went to American star Myrna Loy instead. The rest, as they say, is history.


However, Rome did manage to go to the States and secure a modestly-paid role designing the sets on the 1932 movie. He was

particularly proud of the tomb. It featured controversial semi-naked dancers, which he based on statues he had seen in a Khmer temple when filming Shadow of Siam back in the twenties.

He also secured a bit part for his long-time friend Tongchai Tong. Tong played evil Nelson Mandinner, one of the African whippers in the infamous torture scene in which sadistic Fah Lo See looks gleefully on. In one take Tong added an improvised comedic interpretation by doing his cross-eyed Ben Turpin impression. It was cut by the director.

Rome, ever the gentleman, was philosophical about not securing an acting part in the movie himself. “It was just one of those things – mind you, I enjoyed doing the tomb dancers,” he said ruefully.

http://pre-code.com/mask-fu-manchu-1932-review-boris-karloff-myrna-loy
Posted by Jack Fielding at 02:46 No comments:

Ethel White poses with her husband Henry Rome on the set of Plan Seven from Margate. Made in 1934, this ground-breaking sci-fi epic was largely filmed on location. It featured a robot (played by Rome) and a giant flying saucer model made from balsa wood, tinfoil and Dale lubricated tampons. Siamese actor Tongchai Tong was once again badly miscast, this time as the mute chip shop owner who discovers the spaceship under the pier.


The movie was reportedly bankrolled by Rome who was an avid collector of the American magazine, Astounding Stories. To his dying day, he claimed his movie inspired the much better known The Day the Earth Stood Still made seventeen years later.

Plan Seven from Margate was banned by the British Board of Censors shortly after its release. The notorious scene involving the robot, Nurse Daisy, a jar of Vaseline and an elastic band was deemed a danger to public morals.


“Henry was simply way ahead of his time,” said White, looking back on the untimely demise of her husband’s movie. “He was terribly misunderstood, I’m afraid. It was a financial and artistic blow.”

Posted by Jack Fielding at 13:23 No comments: 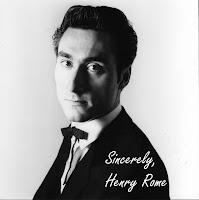 Rare publicity shot of Henry Rome. In long-lost The Shadow of Siam he played gritty merchant seaman Bert Bulger who jumps ship in pursuit of necrophilic elephant hunter Adolf Kublewagon. Ethel White played Ginger, the idealistic Brighton waitress with a club foot and severe hearing impediment Bert saves from a life of white slavery. Ethel claimed she based her character on Anna May Wong in the classic British movie Piccadilly. Local actor Tongchai Tong was badly miscast as Bert’s plucky cross-eyed sidekick Chalky.
A silent movie with expressionist pretensions, The Shadow of Siam was made some time in the late twenties. It was never released. Empire Gryphon Films collapsed shortly after the cast returned to England and the owner mysteriously vanished. When interviewed by the Daily Standard about his experience filming in Siam Rome simply said: “I never want to see another bloody mango again.”

Shadow remains the only British silent movie to have been made in Siam (now called Thailand) and was apparently mired in scandal. Originally called the Metropol, the hotel used in the production of the movie might still exist in Bangkok – check this post on the Pulp Zen blog:


Both The Shadow of Siam and the Metropol feature in the dystopian crime novel Zen City, Iso.

Posted by Jack Fielding at 13:19 No comments:


On the set technicians prepared the life-sized model train with liquid nitrogen for the dramatic climax. But the stunt went terribly wrong. The massive explosion flattened a nearby a glue factory and fatally injured more than twenty, including Lucky.

Movie production started in 1941 but was never finished.

Sadly, this would be Henry Rome’s last film. Suffering from years of drug addiction, he ended his days as Snooty the Elephant carrying a Daily Standard billboard up and down Brighton promenade.

Due to be released in 1939, the entire film stock of Kiss the Blood Off My Hamster was lost during the Blitz. Only a few tantalising stills and a postcard are all that survive.

Now completely forgotten by the British public, Rome and White were once the biggest celebrities of their day. They worked on many British movies together, including the legendary The Shadow of Siam.
Posted by Jack Fielding at 12:43 No comments:

Stars never die, they just pop out for a bit... 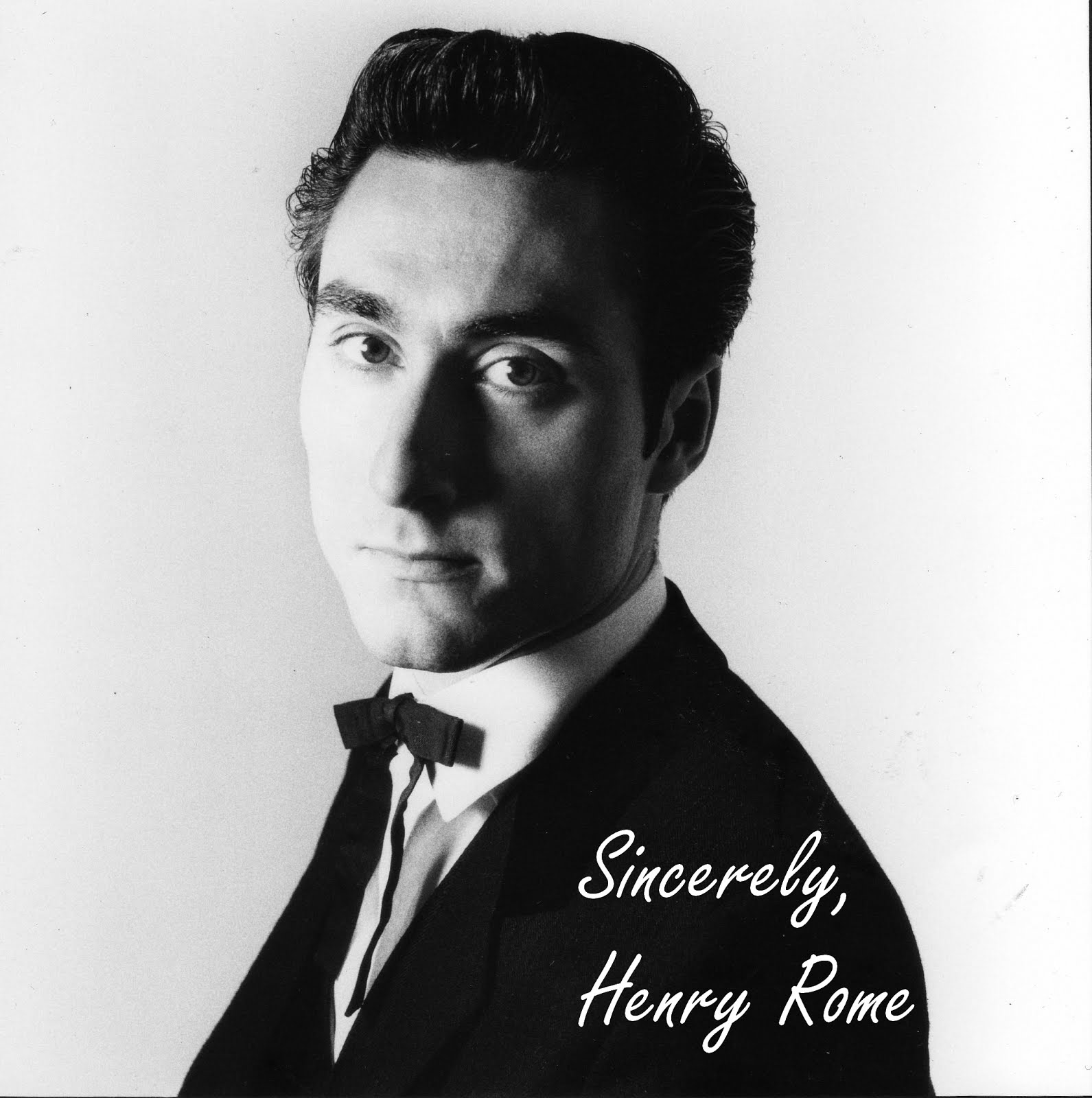 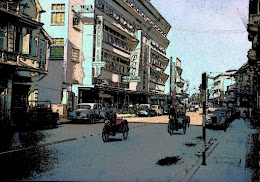 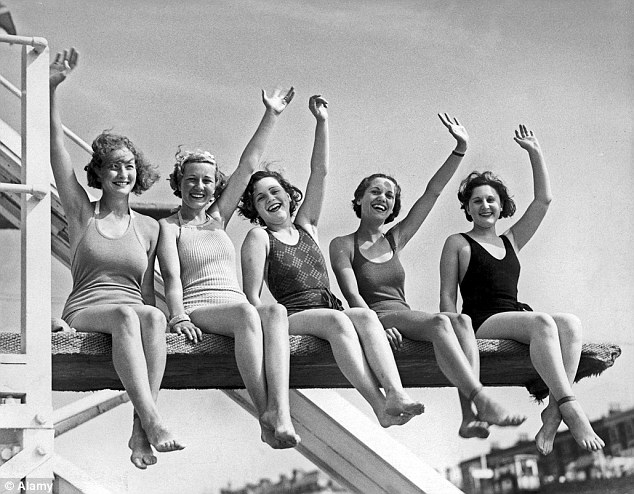 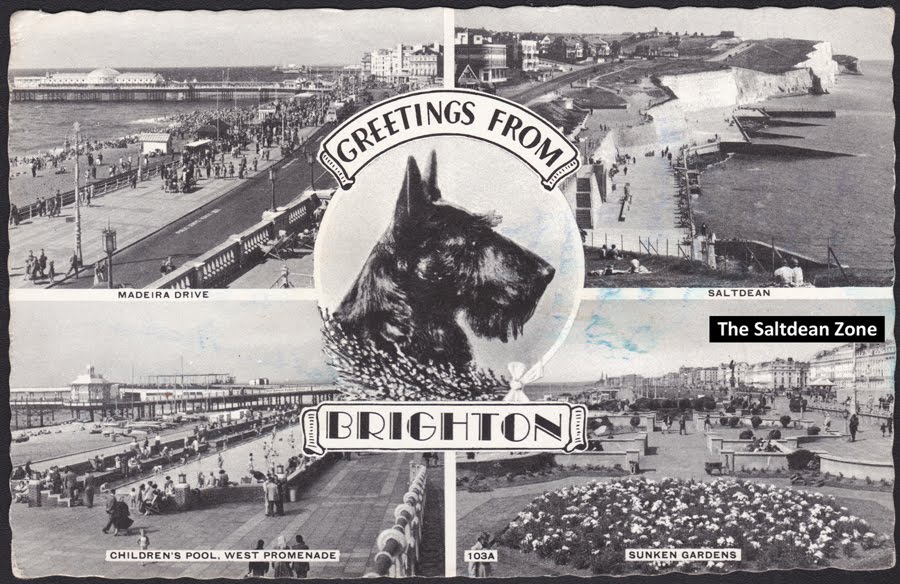 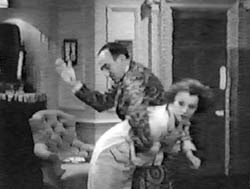 Dial F then A for Fatal Appliances 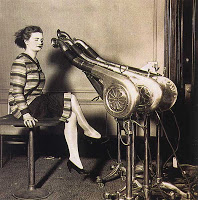 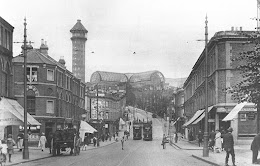 Trams on Westow Hill to Crystal Palace. A number of early British films made use of the exotic interiors, the park and, of course, the famous dinosaurs. The most notable of these films were Amazons of Timbuktoo, The Perils of Polly and Crystal Palace vs. the Spaceships. 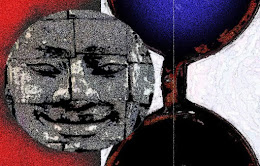 The strangeness of things